*a place to say what's on my mind,

sorry this is going to be a quickie.

she wrote a 5 page report on how life has changed in the last 25yrs because of the use of everyday electronics.

(and she did a wonderful job)

my first video game console was the 'original' pong in 1976. our first family microwave cost $900. and was as big as our huge 25" boxed-tube tv.

my first cellular phone was 'the brick' type.

and I was still using a vcr as recently as 3yrs ago.

I hate change; always have, always will.

fukin dodgers just won on a hit in the bottom of the 9th...

apparently my update from yesterday morning

I actually had written a nice little fantasy thought that was currently on my mind at the time,

and also a 'very real' story of my lunch 'and dessert' at the Olive Garden monday afternoon.

they were not as 'sexually-expressive' compared to a certain blog I look in on from time to time;

but for me and this hum-drum site I've created,

they both were pretty risque'.

hmmm... maybe it was a 'good thing' that

*I may re-post these thoughts/events again soon,

yesterday was spent getting the rv ready for a trip north to the bay area on thursday for the first two games of the sfgiants playoff run.

so I'm hoping there will be some people

if not; two of us will go sat, and the other two sunday. speaking of the future 2012 world series champs;

Ash woke me up after the ladodgers were eliminated

by the giants last night.

and then as I laid back down to go to sleep

I thought to myself;

a school night? *their bedtime is 10pm.

their wardrobe choice for school,

"we knew you would want to know as soon as it happened".. and why do these little girls think they can smile and say 'daddy kiss' so sweetly and get away with anything?

*probably because they can... dammit!!!

anyway, even though it's no longer a game

the girls and I are going to dodger stadium to watch

the game this afternoon.

than going to the game itself.

besides, I always like to take the rv on the road for a few miles before heading-out on a long trip.

so a sfgiant-tailgate will be happening in the bowels of 'chavez ravine' in about 5hrs, and you are all invited...

*I'm sure there will be alot of tickets available;

as these fans in LA are so wishy-washy,

I figure since their mighty dodgers are 'playoff-busts'

this year, they'll not show-up.

seriously. dodger fans are 'almost' as assholish as usc fans, and totally no loyalty what-so-ever.

(ya, I'll get some flack-back for this statement. fuck it tho!) ok then. I've got a little running around to do before picking the girls up in a few hours.

I will update again either before the game, or afterwards. and if I drink enough beer tonite,

I may just re-write my missing entry.

I use the image of the t-mobile girl to fantasize about someone 'very special'...

and my little hottie-server at the Olive Garden on monday was a 'full-service-waitress'!!!

enjoyed the sfgiants game tonite at chavez ravine even though that 'other' team won.

and let me tell you,

most of them 'appeared' to be cheering for the giants...

the four of us had a wonderful time.

both girls were 'checking-out the talent in the crowd',

and I was just enjoying my sfgiants and

*well I did have a few dodger dogs, beers, and

did enjoy some 'eye candy' myself...

the girls loved getting out of school today at noon,

and won't be going back til next wednesday.

(yes, they will make-up their missed school work.)

we are leaving tomorrow morning at around 8am or so for our trip north to the bay area.

taking 2 days to drive back and forth is best,

not sure where we'll stop tomorrow night.

still only have two tickets for each game,

my cousin isn't being as generous as he was the last time.

and a offer I had made for two more was 'overlooked'.

the mexi-godfather hasn't been feeling to well the last couple of days, so he won't be staying here while we're gone.

*this should be interesting.

she voluteered, so maybe this is our make/break situation.

all my dogs/cats love her so thats good.

and unlike me, she adores the horses.

I do half expect 'someone' from the palacios army

to stop by though.

ok then, I have a few last minute things to take care of before bed, so I better be going.

oh, one more thing; I've had a 'few inquiries' as to who my 'fantasy thoughts' are of using the image of

(some even claiming to be 'the one')

I'm keeping that priviledged information to myself.

besides, she knows who she is...

I've been up almost 3hrs now,

getting 'barely' five hours sleep. no worries though.

I'm too damn excited to be tired.

WE'RE GOING TO THE BAY AREA!!!

I have always loved 'the City', even when I lived across the bay in El Cerrito with my grandparents,

I enjoyed driving over the Bay Bridge knowing we were going to the zoo, the wharf, a 49ers/giants game,

if you have never been to San Francisco, Ca...

she's out back right now w/grandpa jack in the

jack wrote 2 pages of directions for l.g. to follow while

Ash said something to me this morn that has me thinking;

"maybe the reason l.g. offered to stay here was because she secretly wanted to go with us."

I didn't ask her, didn't even think about it. oops.

I just 'thought' that she wouldn't want to leave her kids for 5-6 days and also miss work.

*l.g. if your reading this,

I'm so sorry for being an insensitive jerk.

alrighty then. I still have some things to do before we leave.

I just sent Ash to del taco for breakfast burritos.

have a great day everyone.

we are currently 'docked' in los banos, ca.

this place is just a few miles east of 5North,

and not exactly fancy by-any-means.

and only a few hours away from 'the city'...

the morning was basically uneventful once we left,

traffic was light and the drive was quite pleasant.

well, up to the moment Ash and Elli wanted to hear

'nicki minaj' over the main speakers.

that lasted for about 30min.

I'm sorry if I offend any of you with my next statement;

a few of her songs remind me of a wounded

all the while grandpa jack had his 'noise reduction'

after listening to the sounds of two wild beasts

I opted for the smooth and silky sounds of the

'temptations and the four tops'.

*ya 'the old man' took his head phones off for that.

we arrived in los banos around 2pm, set-up and then

we explored the metro area.

we all decided to have an early dinner at a local place;

and I remember the place being a little better

the first time around.

anyway, it was edible;

both girls had tri-tip sandwiches w/coleslaw,

and I had 1/2 rack ribs, beans and garlic bread.

and then for dessert, dairy queen.

also, the rv park in sf we stayed at last time confirmed my reservation a few hours ago. so that's a good thing.

and considering the fact I didn't want the 4 of us sitting appart for both games, I decided to buy 4 tickets on stubhub (I hate buying 2nd generation tickets).

they're not as well located as 'our season' tickets

but we did get the same section for both games

2 tickets he was 'letting me have',

(funny how I pay for them every damn year)

I'm going to sell them via a brokers site to try and reclaim some 'green' I spent on 'stab'hub!!!

and then just give them to people who really want to go.

I can be just as much as a prick as my cousin,

(or for this matter, his self-absorbed wife).

and seriously, I'm not being an ass here, to wit:

these two have had full access to 'my season tickets'

all year (even selling quite a few I'm told)

and when I state I need all four playoff tickets for this series,

the woman has a fucking bitch-fit!!!

(I've been sipping chivas for about an hour)

so I guess that's what I should do.

*the girls are sharing the bedroom, and jack is snoring on his couch across from mine.

it's strange not to have the pets with me, I ALWAYS travel with my dogs/cats.

speaking of which, I talked with l.g. a few times today,

and she is having a grand time.

and yes a few palacios boys were over helping with the chores including walking the pupz today.

crapola, I'm starting to get a scotch headache, 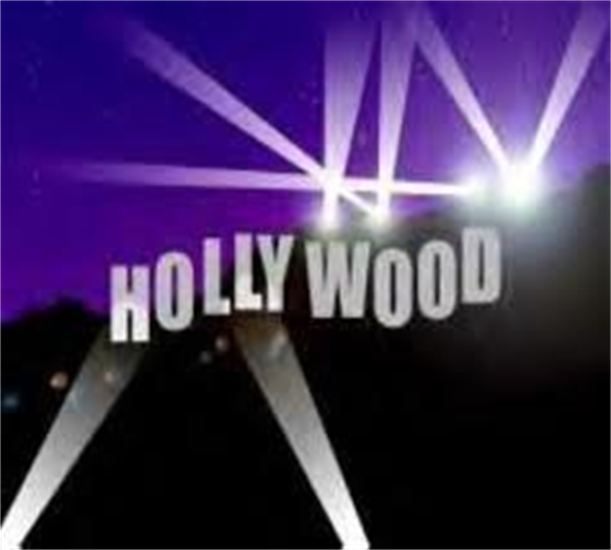 these are my thoughts, this is my life... ...gahollywoodkiss.com