I have decided to share with you my 'thoughts and actions'

during this unbelievably despicable

with the departure of American Airlines Flight 11

by members of the extremist group Al-Qaeda,

crashes into the North Tower

Killing all 81 passengers, the flight crew of 11,

and hundreds of Tower occupants immediately.

Everyone will remember 'exactly' where they were,

what they were doing,

and who they were with when these

I was living in Las Vegas w/my 'now' former wife,

and had just finished my shower and sat down

when I turned-on CNN Headline News.

I can still vividly recall the very first images I saw that morning of the North Tower smoking,

and the chitter-chatter of the reporters of CNN not really sure about what exactly happened.

After it was confirmed that it was a passenger jet that

had crashed into the Tower,

I was taken aback at how a plane could not maneuver past. And then after the second plane hit the South Tower

(which was only about 5min after I had began watching), did the thought of America being under probable attack come into the discussion.

I remember at that exact moment feeling

At the moment of the second impact,

who was then sitting with me on the couch commented

Within minutes of the second Tower being hit,

my home phone rang and it was my Security Manager

from the Venetian Hotel & Casino

(where I worked as the Security Public Relations Officer), asking me to get to the Casino as soon as possible.

ten minutes of the call.

As I drove the 15 miles to the Venetian,

I listened to a local radio station who had begun to

receive it's transmissions from a 'national' news channel.

All the reports were coming from witness's of the event's

that had just occurred 30min prior,

and I remember thinking 'everyone sounded scared.

Once I arrived at the Venetian,

I parked and met my Security Manager

in the briefing room,

and we discussed what 'special precautions' were to

be taken that day.

It was during this time when I witnessed the collapse

of the South Tower.

The rest of the day I was on-duty at my

the Security Information Podium located adjacent to the main cashier on the casino floor.

I can't tell you how many guests I interacted with that day, or what I had for lunch.

But I can tell you that a 'certain'

and how they all deserved to die a horrible death.

*I can't really remember why he hated people

from the East coast, but he did/does.

The guy was always an asshole,

so I'm sure karma will fuck him up good one day.

My wife's dentist office closed at noon that day,

and she told me as she was shopping at

our local grocery that afternoon,

and everyone who was there walked in a haze.

The 'rumor-control-mill' was very active that day at the Venetian Casino & Hotel;

employees were hanging-on every word

of the news updates,

and adding their own assumptions on the 'goings-on'.

At times of such duress,

some people just seem to thrive on misery,

and the spreading of falsehoods.

I guess these maggots love to live on

the mishaps of others.

Assholes. All of them!!!

my then wife and I listened to 'Peter Jennings' all night,

only to be interrupted by President Bush'

It was a day I will never forget.

The flight paths of the four hijacked planes used in the terrorist attacks on September 11, 2001

of the World Trade Center.

of the World Trade Center.

Flight 77 slams into the West side of the Pentagon.

The following is an 'entire list' of ALL who lost their lives on September 11, 2001.

*If you do click-on the following link;

the names may not mean that much to you personally,

but to thousands of other people,

They were fathers/mothers, brothers/sisters, sons/daughters,

and friends/family to many, many people.

Respect must be given... 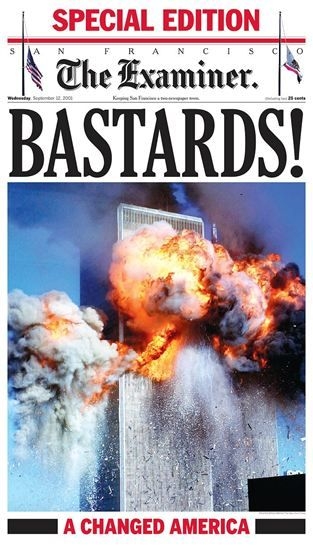 The Examiner has always said 'what needs to be said'... ...gahollywoodkiss.com 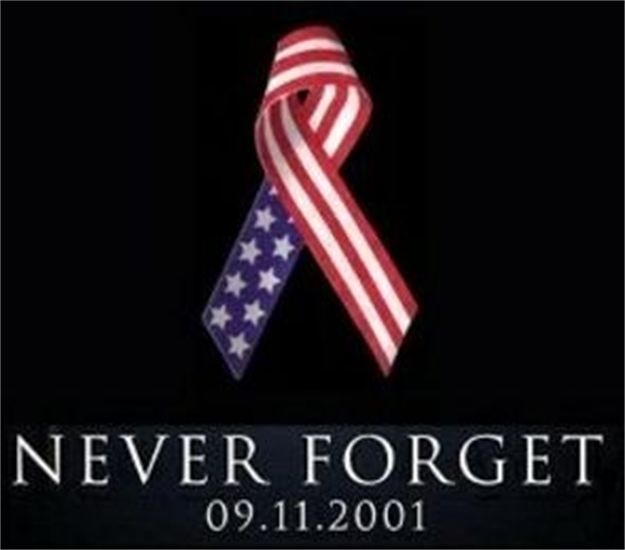 we will NEVER forget... ...gahollywoodkiss.com 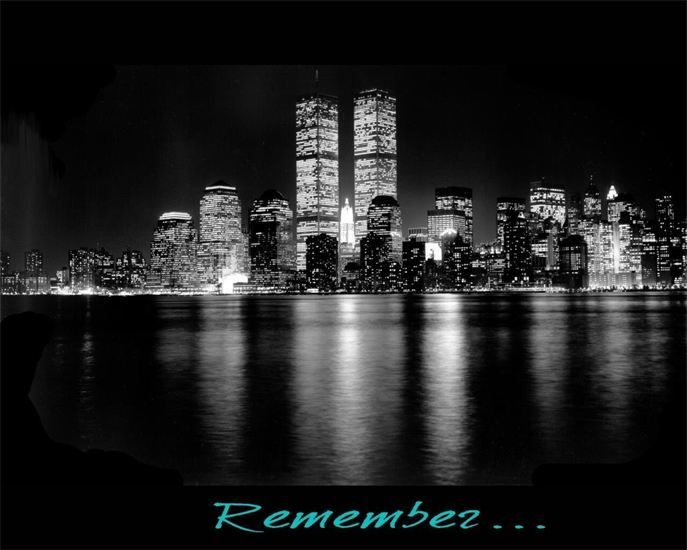